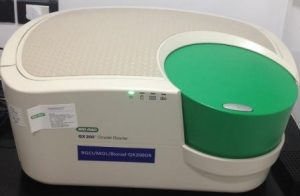 Einstein said, “Logic can take you from A to B but imagination will take you everywhere”.Someone first imagined everything what we call science today. Could we conceptualize just few years back that there could be any substitute for tissue biopsy? In this new era of medicine, health is looking for answers in the helix of DNA. Liquid biopsy is the fantasy which has turned into reality. Here genomic information from single cells or nuclear material floating in body fluids is harvested to yield useful clinical information.

With the advent of uber sensitive Molecular Technologies like Droplet digital PCR, BEAMing and Next Generation Sequencing, gathering of this scarce genetic material from the body fluids has come into the realms of reality. This concept so far has revolutionized the detection of secondary resistance mutations, especially in lung and colon cancer. Performing liquid biopsy saves the need for second tissue biopsy in the already compromised stage IV cancer patients.

This is just a glimpse of what future holds. Liquid biopsy holds the potential to be an aid to PET scan in monitoring cancer patients by serial quantification of the mutations. It can also assist the oncologist to take crucial decisions to initiate or not initiate aggressive chemotherapy post-surgery in lower stage patients.

The liquid biopsy arena is set and new players are emerging. The drama is getting enthralling. And as Winston Churchill once said

One Response to :
LIQUID BIOPSY: New Dawn in Molecular DGX