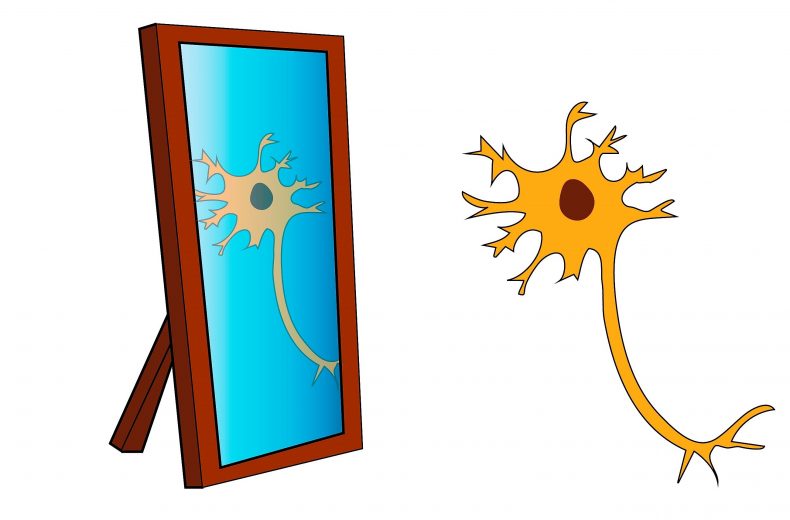 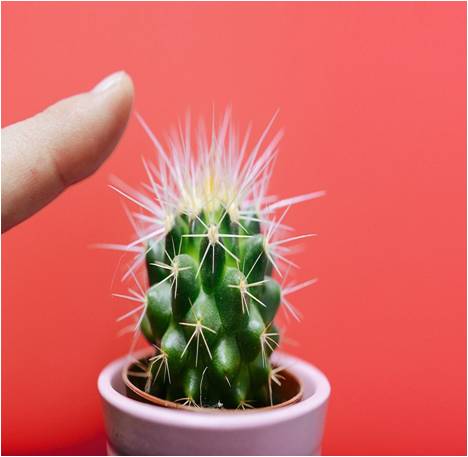 Did you ever have that sensation where, you’re watching someone do something — like playing the last over in cricket or say getting pricked by a needle — and you can feel exactly what they must be feeling? Why do we get that feeling????? 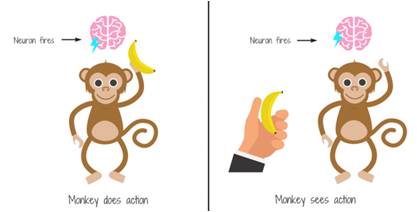 Mirror neurons were originally defined as neurons which “discharged both during monkey’s active movements and when the monkey observed meaningful hand movements made by the experimenter”. The characteristics of mirror neurons are that their activity is modulated both by action execution and action observation. This distinguishes mirror neurons from other ‘motor’ or ‘sensory’ neurons whose discharge is associated with either execution or observation, but not both. It also distinguishes mirror neuron responses from other types of response to vision of objects or other non-action stimuli. 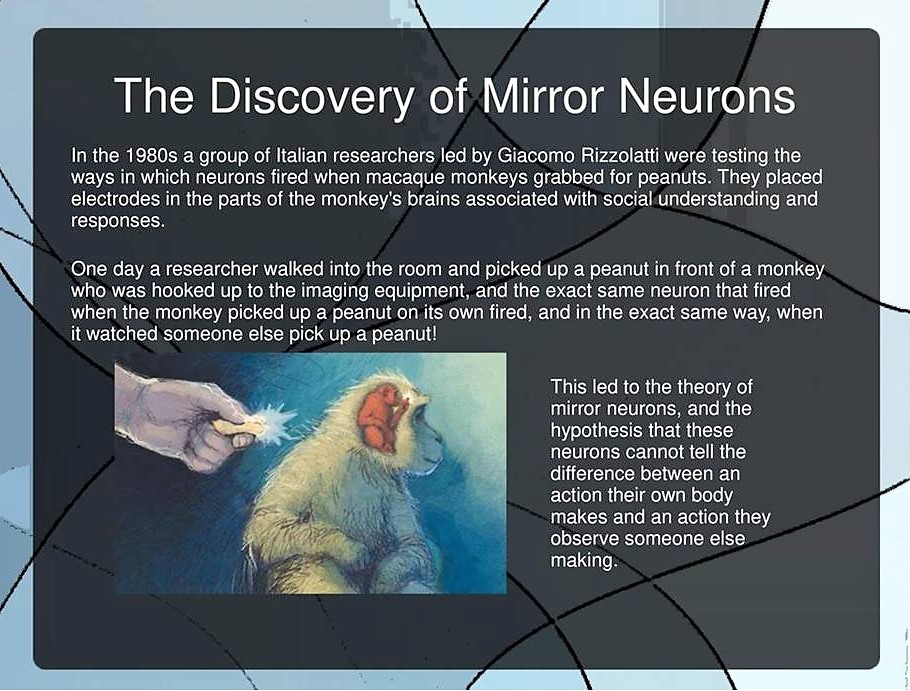 Mirror neurons were discovered over twenty years ago in the ventral premotor region F5 of the macaque monkey, and have subsequently been reported in the inferior parietal lobule, including the lateral and ventral intraparietal areas, and in the dorsal premotor and primary motor cortex. They are a class of neuron that modulates their activity both when an individual executes a specific motor act and when they observe the same or similar act performed by another individual. 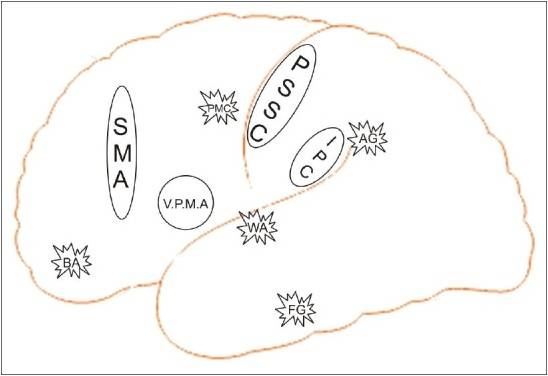 “Mirror neurons will do for psychology what DNA did for biology”

There are two distinct processes of information that one can get observing an action done by others. WHAT and more complex component is WHAT FOR or, WHY (Intention) the action is being done.

The discovery of mirror neurons provided strong support for the gestural theory of speech etymology. Mirror neurons create a direct link between the sender of a message and its receiver. Thanks to the mirror mechanism, actions done by one individual become messages that are understood by an observer without any cognitive mediation. Humans mostly communicate by sounds, however, sounds do not represent the only natural way for communication. Languages based on gestures (signed languages) represent another form of complex, fully-structured communication system. 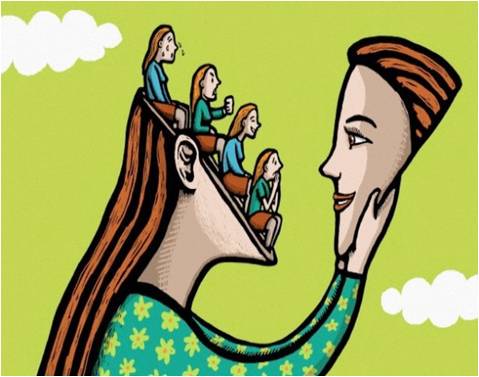 Mirror neurons can not only help simulate other people’s behavior, but can be turned “inward” to create second-order representations or meta-representations of one’s own earlier brain processes. This could be the neural basis of introspection, and of the reciprocity of self-awareness and other awareness. 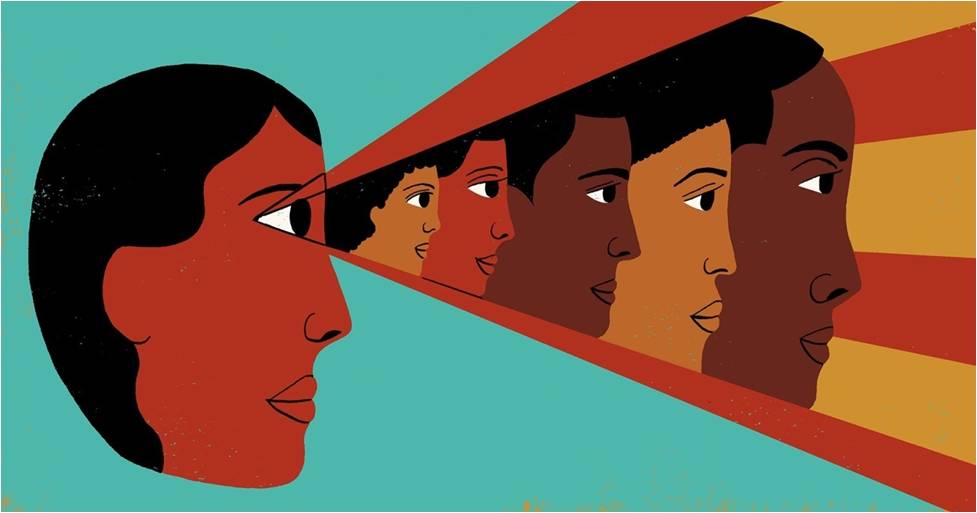 It is possible that mirror neurons are influenced by culture and in turn have an influence on our behavior. We are more prepared to understand and empathize with members of our own culture and ethnicity than those who are not.

Mirror neurons in our daily lives

The power of Mirror neurons: Let it work for you! 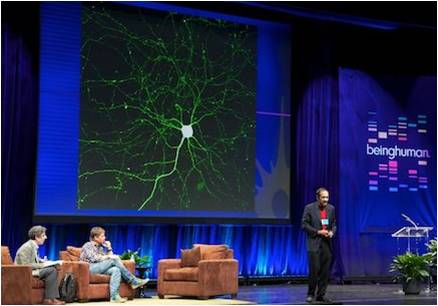 Mirror neurons and imitation learning as the driving force behind “the great leap forward” in human evolution
By V.S. Ramachandran 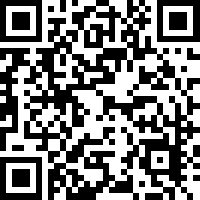