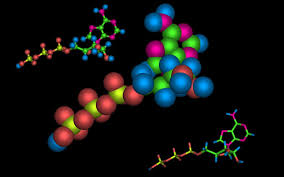 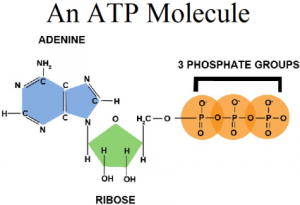 The World dabbles extensively in multiple currencies around the world like Dollars, Euros, and Pounds; however one currency which binds us across countries is none other than our own ubiquitous ATP.

ATP is an important biomolecule—“perhaps second in importance only to DNA”.

It was Dr Y. SubbaRow who discovered it, while working with Cyrus Fiske at Harvard.

The ATP contains nucleoside adenosine and three high energy phosphates, is a complex assembly. This is a kind of nano-machine which serves as primary energy currency of all the cells. As far as known, all organisms from simplest bacteria to human beings use ATP as their primary energy currency. The major energy is stored in the bond between second and third phosphate group. When a cell needs energy, it removes one of the phosphate-oxygen groups, leaving adenosine diphosphate (ADP) and a free phosphate molecule. The ADP is immediately recycled in the mitochondria where it is recharged and comes out again as ATP.

“Hooking and unhooking that last phosphate is what keeps the whole world operating’’  per Trefil.

The constant supply of ATP is so critical that a poison which attacks any of the proteins used in ATP production, kills the person in few minutes. Certain poisons, e.g Potassium cyanide, bind with cytochrome oxidase which blocks the electron transport chain in the mitochondria, where high energy triphosphate bonds are formed during ATP synthesis.

At any instant each cell contains about one billion ATP molecules, which is sufficient for cell’s needs for few minutes only. The total human content of ATP is about 50 grams, which must be constantly recycled every day. The average daily intake of 2,500 calories translates into a turnover of 180 kg of ATP.

About the Author / Dr Anuj Parkash

Dr Anuj is experienced and trained MD Biochemist, working as consultant in the department of Pathology, RGCI&RC since 2015 with 10+ years of Post-MD experience . He is well experienced in reporting all Biochemistry and Immunoassays with special interest in Oncology chemistry.